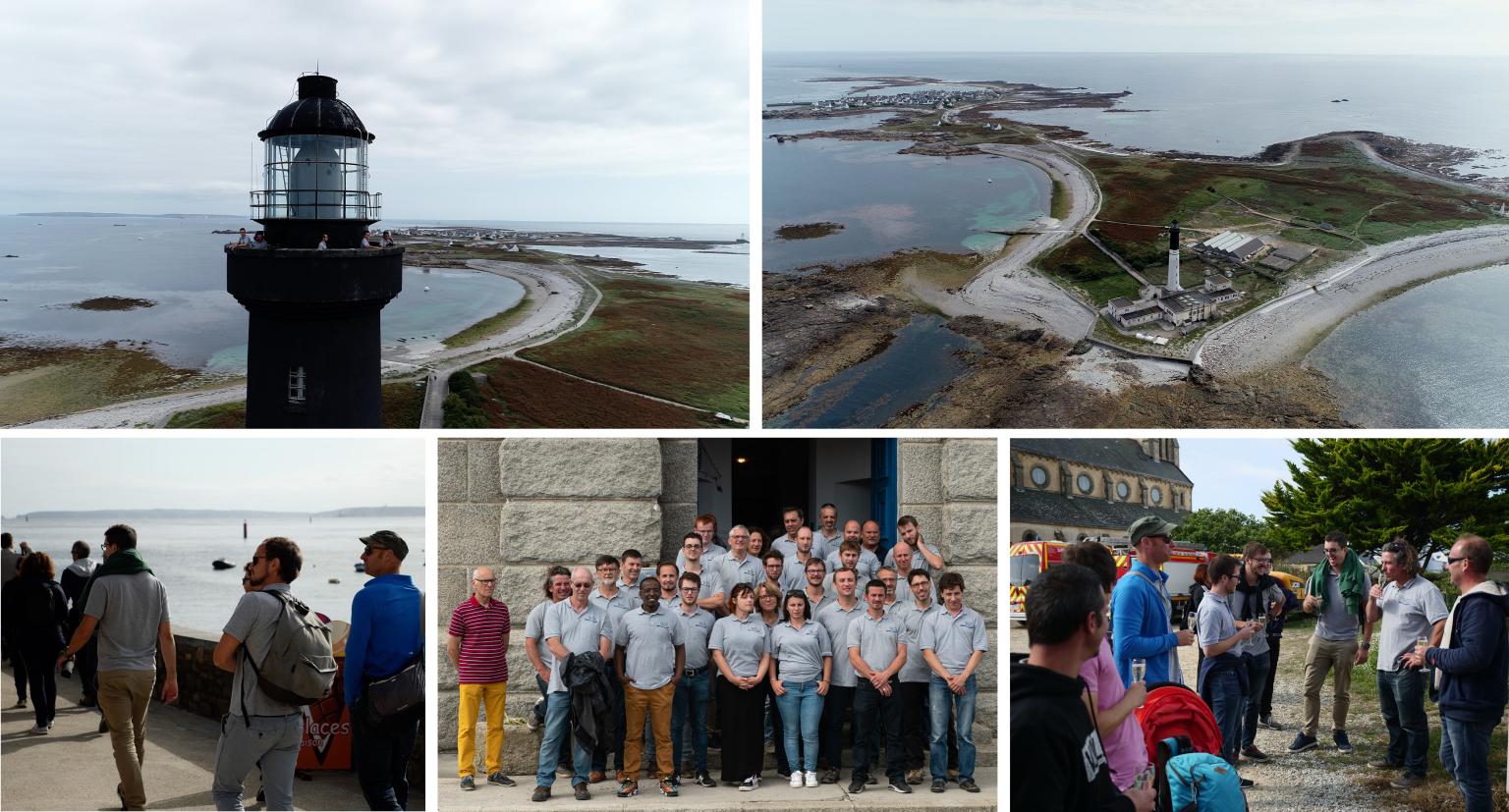 Earlier this month, SLCE watermakers’s team spent a day on the Island of Sein to celebrate the 30-year anniversary of the company. It was an opportunity to meet out of the office.

Thank you to the local government officials for helping us organizing this event on their amazing island.

It worths mentioning that the freshwater distributed on the island is produced by a RO unit with energy recovery (SLE08) manufactured by SLCE watermakers.

This unit requires 1L of petrol to produce 1m3 of freshwater.

Before that, the island had a unit without energy recovery (SH range also from SLCE watermakers) which consumed 2.5L/m3.

Even before that, the freshwater was produced by an evaporator consuming 25L/m3.

Today, the energy used for the RO unit still comes from generators but the island already initiated its transition towards green energies. For example, electricity for housings comes from solar pannels.